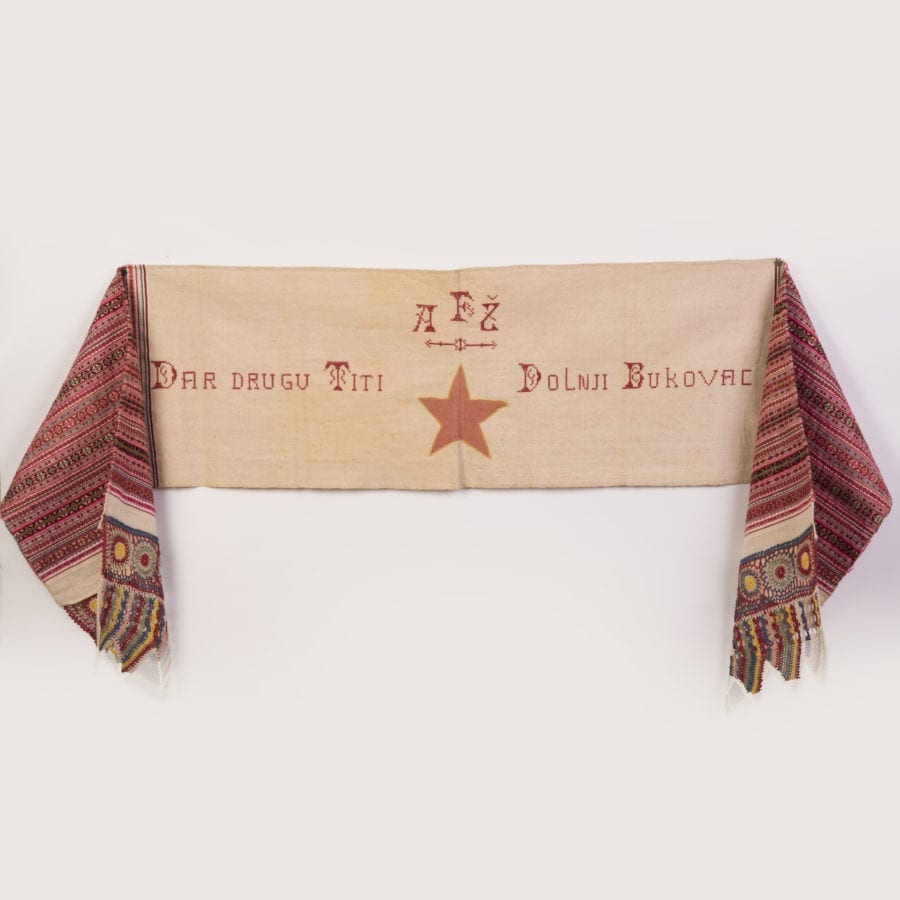 The towel with the inscription “Dar drugu Titi AFŽ Dolnji Bukovac” is a sample of traditional female handicrafts in South Slavic societies, indicated by the domestic canvas and the type of embroidery.

However, the AFŽ (Women’s Anti-Fascist Front), five-pointed star and “Tito” prints speak of the revolution and the new value system of post-war Yugoslavia. The towel as a gift symbolized the establishment or strengthening of the (social) connection between the giver and the recipient and was an obligatory element of the customs of the life cycle (at birth, wedding, funeral).

Women’s Anti-Fascist Front of Yugoslavia (AFŽ) was a women’s organization that promoted gender equality. Founded during the Second World War (1942), AFŽ continued to improve the social, political and economic position of women in the post-war years, especially in rural areas throughout Yugoslavia – from education to involvement in politics and economy. Although there were contradictions in the abrupt closure of the organization in 1953, time has confirmed that the abolition of the independence of the AFŽ neglected and slowed down the systematic work on equalizing the social status of women and men.