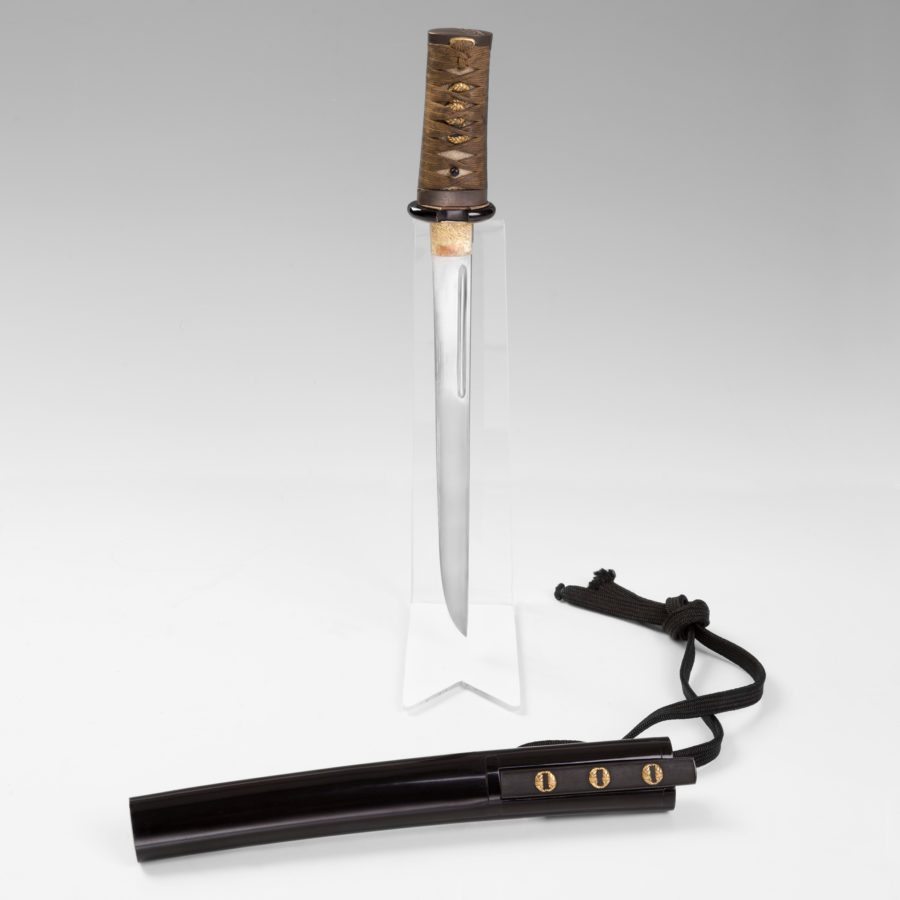 Tantō is a traditional Japanese knife with a double blade. It is the shortest of the three daggers worn by samurai. This is a small tanto or so-called kaiken, which is worn by women, and which is usually received as a wedding gift. While it once served primarily for self-defense, nowadays kaiken has become a part of the traditional Japanese wedding where a bride wears it as a symbol of good luck.