From September 9, the Museum of Yugoslavia will work in changed hours, from Wednesday to Sunday from 10 am to 6 pm, while the museum cafe will be opened until 9 pm on the same days.

TANJUG IS REPORTING – THE WAR IS OVER

The End of the Second World War – Work in Progress!

On the occasion of the 75th anniversary of the end of the Second World War, we focus on that turning point in world and Yugoslav history

Interventions at the exhibition “TANJUG is Reporting – the War is Over”

A NEW INTERVENTION OF THE KARKATAG ART COLLECTIVE

The museum is currently closed

Interventions at the exhibition “TANJUG is Reporting – the War is Over”

The team of authors that realized the exhibition of documentary photographs TANJUG Is Reporting, The War Is Over, opened in July in the Museum of Yugoslavia, continues to research this material of exceptional historical significance. The various researchers’ interpretations, which will be presented, from August 20, by videos within the exhibition, shed light on some […]

A NEW INTERVENTION OF THE KARKATAG ART COLLECTIVE

The interactive digital automaton of the Karkatag art collective, called 3D InstaStaffetta semiautomatico, will be presented on August 22 in the Museum of Yugoslavia. This is the second of a total of three automata, which are realized as part of the artistic work n(ex)t y(o)u/new revisionism, as a direct reaction of artists to the current […]

TANJUG IS REPORTING – THE WAR IS OVER

Another perspective on the mechanisms of collective memory

The crown shaped headpiece decorated with lion’s mane fur was worn by famous Ethiopian fighters who defended the country from Italian invaders near Adua, in 1896. 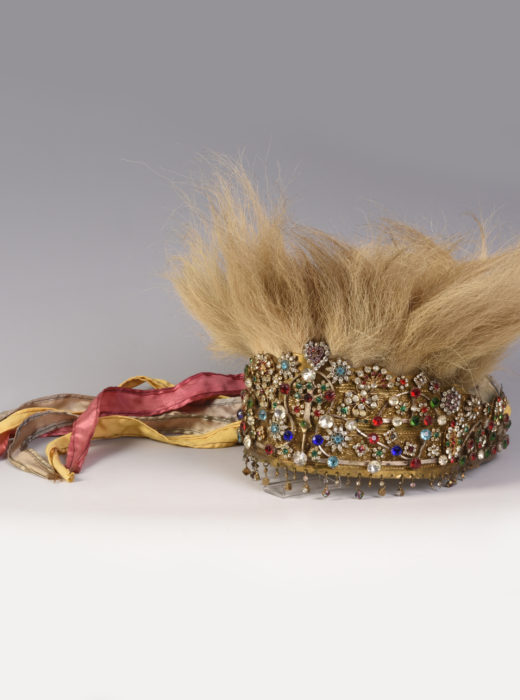 Summer in the Museum

Even seventy-five years after the end of the Second World War, this conflict, which in many ways marked the history of the 20th century, is still the standard on the basis of which we reflect upon and evaluate the modern moment. The dissonant tones in the interpretation of this event make it relevant, not only […]

Cultivating a participatory approach, the Museum of Yugoslavia invited the audience from the region to find the Yugoslav heritage in their homes, to try their hand at curatorial work and be part of the team that realizes the virtual exhibition #YUDOM. The project was realized during the state of emergency, declared due to the COVID-19 […]

THE MUSEUM OF YUGOSLAVIA OPENS THE SCULPTURE PARK FOR ALL

Interactive history of Yugoslavia and the Museum