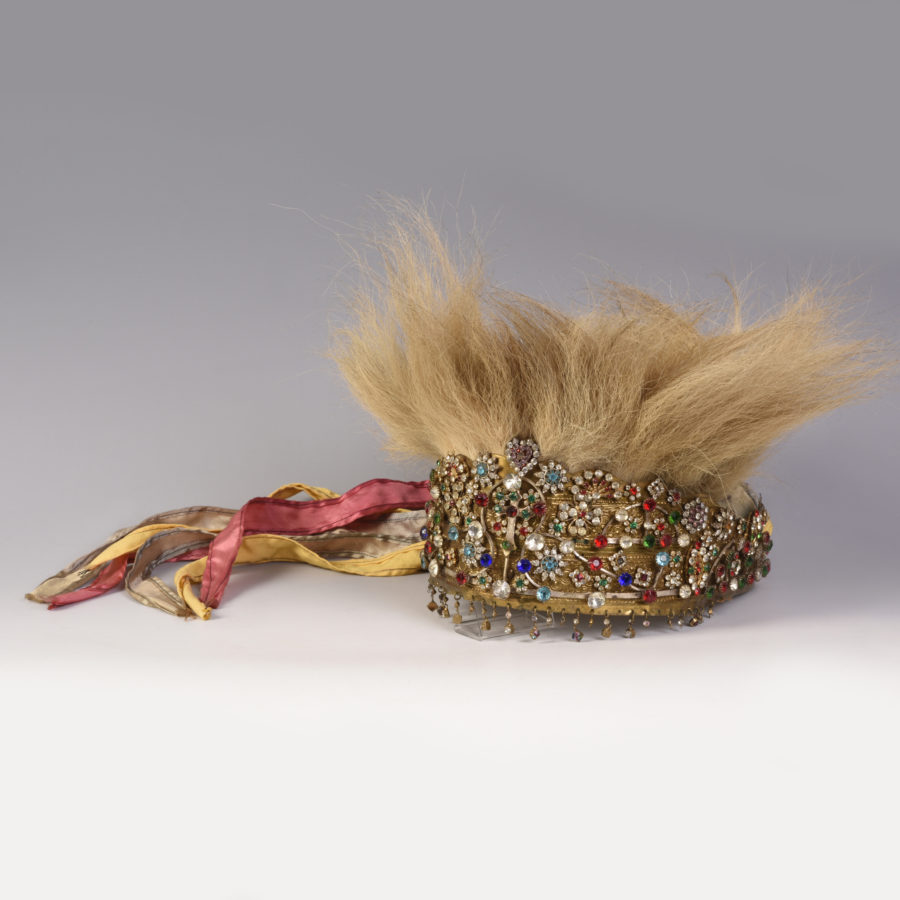 The crown shaped headpiece decorated with lion’s mane fur was worn by famous Ethiopian fighters who defended the country from Italian invaders near Adua, in 1896. Remaining thus the only non-colonized African country, Ethiopia, even outside the African continent, became a symbol of freedom and the struggle for independence.

During the first visit of the Yugoslav delegation to Ethiopia (1955), the last Ethiopian emperor, Haile Selassie, gave Tito a set of symbols and weapons of warriors who won the independence at the site of the Battle of Adwa. According to the damage to the headpiece, it can be assumed that it was created at the end of the 19th century, during the war with the Italians. Having in mind the reputation that Tito enjoyed with Selassie, it is possible that the gift had both symbolic and antique value.

Socialist Yugoslavia, as one of the winners in the Second World War and the promoter of anti-fascism, gained a great reputation among the countries of Africa and Asia, and was also recognized as a partner in the anti-colonial struggle for liberation. Such an image of Yugoslavia will serve as the foundation of post-war diplomatic activity, which less than two decades later (1961) resulted in the establishment of the Non-Aligned Movement.