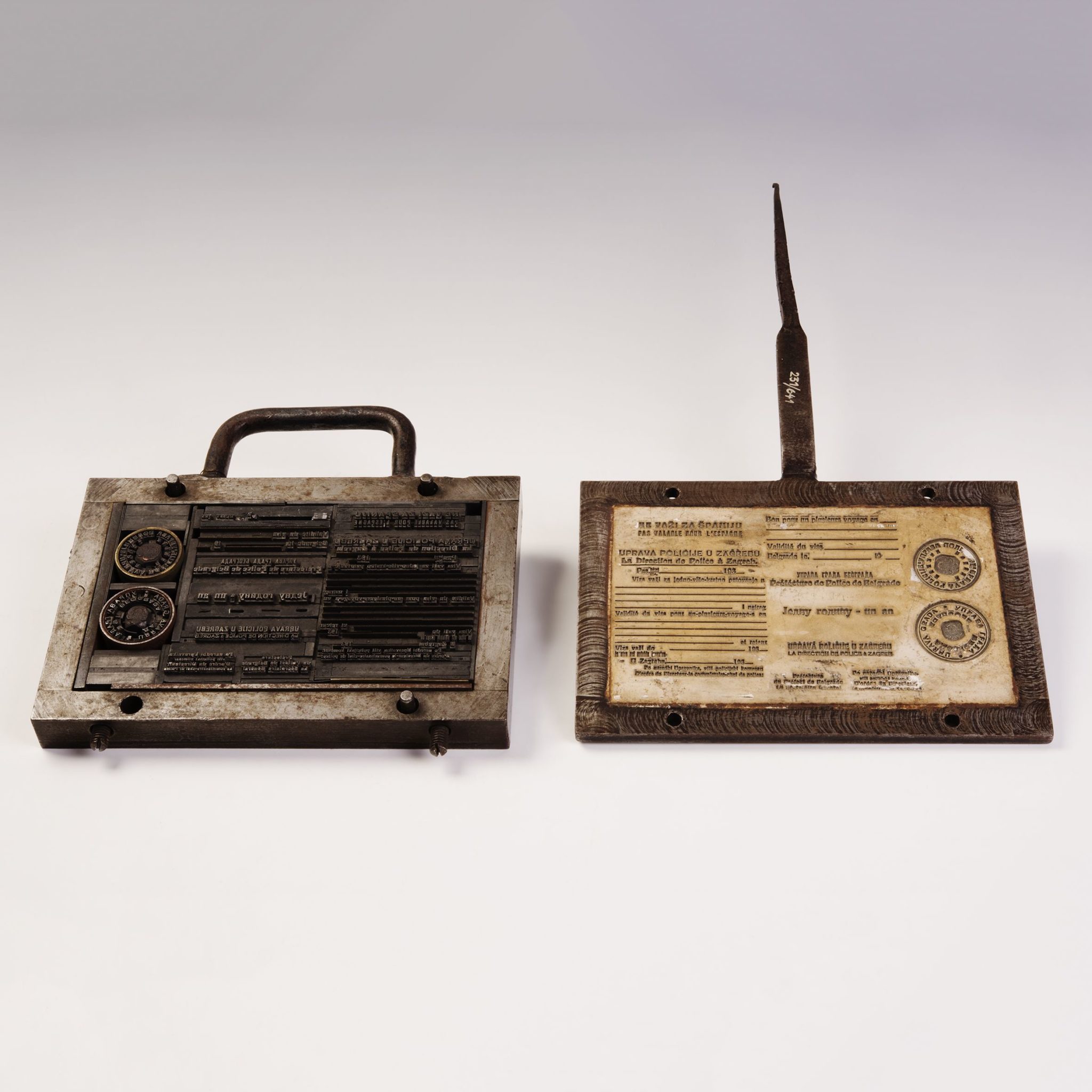 The press for casting stamps

A few weeks after the arm conflict escalated between the Republican and the National faction in Spain, in the summer of 1936, the French and the British government proposed the signing of the Pact of Non-interference. It was also signed by Germany and Italy, which continued to supply arms to fascist units of Franco. Kingdom of Yugoslavia issued the Decision to Ban the Recruitment of Volunteers and Collecting Contributions for Spain on March 10, 1937, which further aggravated the departure of Yugoslav antifascists. Issuance of visas for Spain was banned and control of exit from the country was tightened.

For volunteers, whose departure to Spain was organized by the Yugoslav Communist Party, passports and visas, supposedly issued by the cities of Belgrade and Zagreb, were forged in Belgrade.

The venture of making a press for casting stamps, required for forged documents, took a couple of weeks to complete. None of the actors involved in press making had complete information about what was made and for what purpose, since it was an illegal resistance process, involving a significant number of people.

About 150 fake passports were printed during this action.