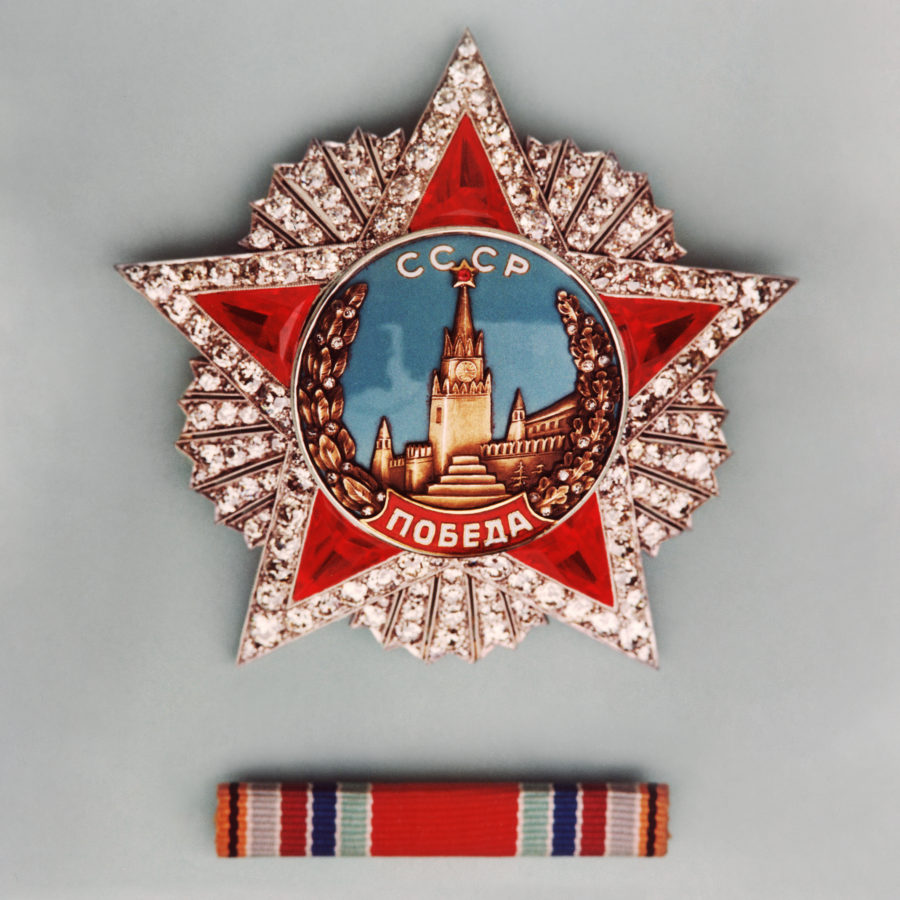 The medal depicting the Savior Tower and Lenin’s mausoleum was the highest military decoration of the USSR for services in the Second World War. With a total of seventeen holders, “Victory” is one of the rarest decorations in the world. It was established by a decree of the Presidium of the Supreme Soviet on October 8, 1943, and was granted from April 10, 1944 to September 9, 1945.

The medal was given to the commanders of the Soviet Army of the highest rank “for successful conduct of those operations in the Second World War that fundamentally changed the situation in favor of the Army”. Only five foreigners received this decoration: Romanian King Michael I, US General Dwight Eisenhower, British General Bernard Montgomery, Polish Marshal Mikhail Zimjerski, and Josip Broz Tito, who was the last decorated, in Moscow, on September 9, 1945.