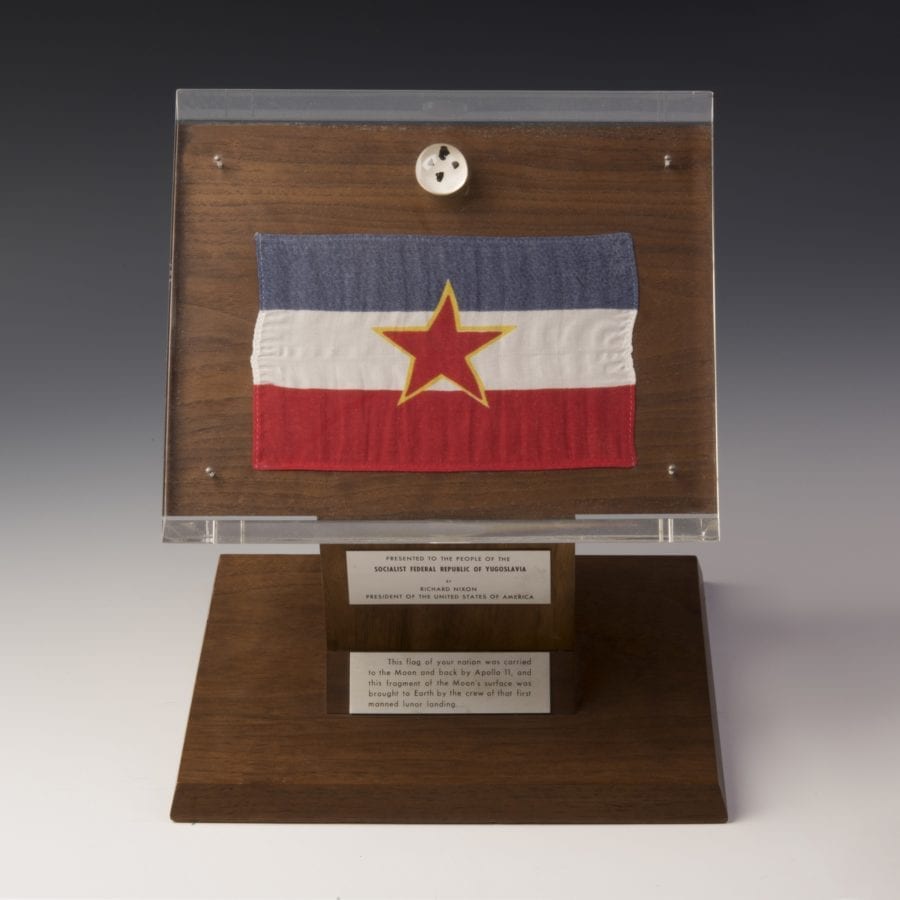 Fragments of the lunar soil

On April 24, 1970, Josip Broz Tito was given an object with the following text engraved:

Presented to the people of the Socialist Federal Republic of Yugoslavia by Richard Nixon, president of the United States of America.

This flag of your nation was carried to the Moon and back by Apollo 11, and this fragment of the Moon’s surface was brought to the Earth by crew that first manned lunar landing

This gift was preceded by the visit of the Apollo 11 astronauts to Belgrade, from October 18 to 20, in 1969. During the one-month Goodwill Mission, Neil Armstrong, Edwin Aldrin and Michael Collins toured the planet and visited 24 cities in 22 countries on four continents. The only communist country that was on the itinerary was Yugoslavia.

Today, Nixon’s present is displayed at the permanent exhibition of the Museum of Yugoslavia and it is one of the Museum’s most attractive exhibits. Few years later, in 1973, President Nixon gave Tito a similar present that also contained fragments of lunar soil and the flag of SFRY, carried to the Moon by the astronauts, but this time from the Apollo 17 mission.