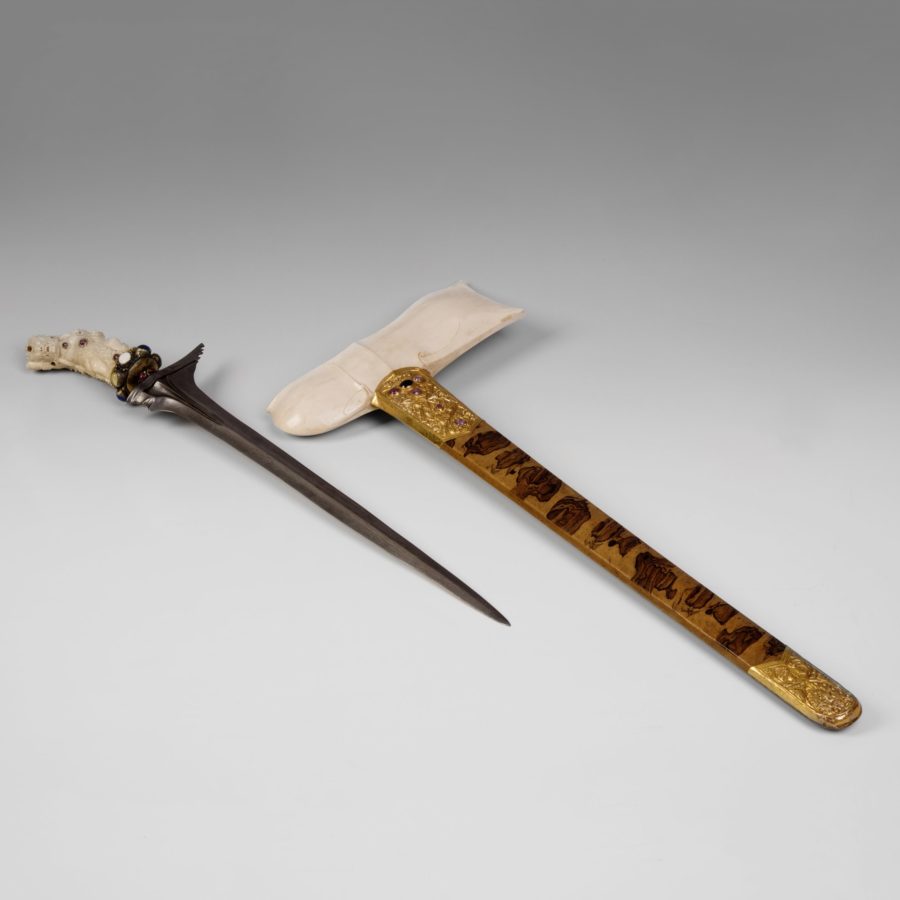 President of Indonesia, Sukarno, gave this dagger to Josip Broz Tito during his visit to Yugoslavia, in 1956. The dagger handle is made of ivory with a carved figure of divinity and it is decorated with rubies. The covers are made of light wood, on the front side with two golden hinges with embossed floral motifs and rubies.

A rich spirituality and mythology follow this item. Its creators did not just mint weapons, but they also performed ancient rituals that would endowe the blade with mystical powers. For this reason, the kris was considered to be almost alive, with good or evil spirits dwelling inside. According to some legends, it was able to move around and kill at its own will, as well as to rise at the invitation of its owner. This item is a symbol of heroism, military readiness, power and authority, but as a cultural symbol, the richly decorated kris represents elegance and beauty, honor and worthiness of its owner.