The Intervention of the Art Collective Karkatag in the Old Museum

The building of the Old Museum, which is part of the Museum of Yugoslavia complex, will reopen to the public on June 16. On that occasion, within the current exhibition Museum Laboratory, will be presentedthe first of three interactive digital machines – called Slogan Master 7 – that are part of the artworkn(ex)t y(o)u/new revisionism by theKarkatag collective.

With the help of this automaton,the audience will be able to build slogans, inspired by the given photographs from the Yugoslav period.Combining parts of slogans from the time of SFRY, such as We Will Always Fight for, Long Live, Proletarians of All Countries, with current hashtags (#love, #foodporn, #nofilter, etc.), visitors will produce visual content similar to so-called memes.

After the state of emergency, the Museum of Yugoslavia is gradually opening its spaces to the public.After the House of Flowers and the Sculpture Park, the Old Museum is now available as well. In this facility, visitors can get acquainted with a part of the rich fund of the Museum at the current exhibition Museum Laboratory, within which the curators of the Museum invite relevant experts, artists and other associates to consider and exchange ideas about Yugoslav heritage.

An example of such a dialogue between the curators of the Museum and local artists within the Museum Laboratory is the art project n(ex)t y(o)u/newrevisionism by the Art Collective Karkatag, part of which is the interactive digital automaton Slogan Master 7.

“Through a combination of content, the ways of communication, intentions and value systems of society are confronted and compared, the consumption of the so-called keywords from different periods, and the audience can create everything, from a sensationalist announcement in the yellow press, an advertising poster, sarcastic remarks, dirty jokes, to multi-layered criticism”, the Art Collective Karkatag members explain and add,

“Slogan Master 7 plays with questions of value. Relying on the contemporary moment, which abounds in revisionist activities, Karkatag in this work perpetuates the possibility of playing with information.That kind of activity is already taking place en masse on the internet, and especially on social networks, and Slogan Master 7 is an attempt to provide uniformity and give an official tone to such practices in museum settings as well.” 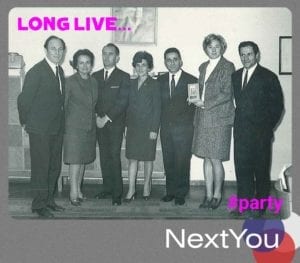 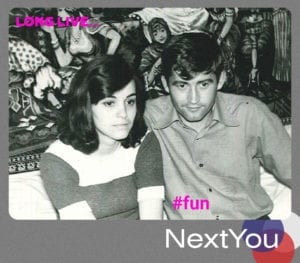 The intervention Slogan Master 7, which is part of the artwork n(ex)t y(o)u/new revisionism, was preceded by the announcement of a competition for the conceptual design of the youth relay baton, called Next You Relay, a new generation relay baton, that is opened until June 20.

Details regarding the application and technical propositions can be found at the link https://www.facebook.com/events/2533439120229467/.