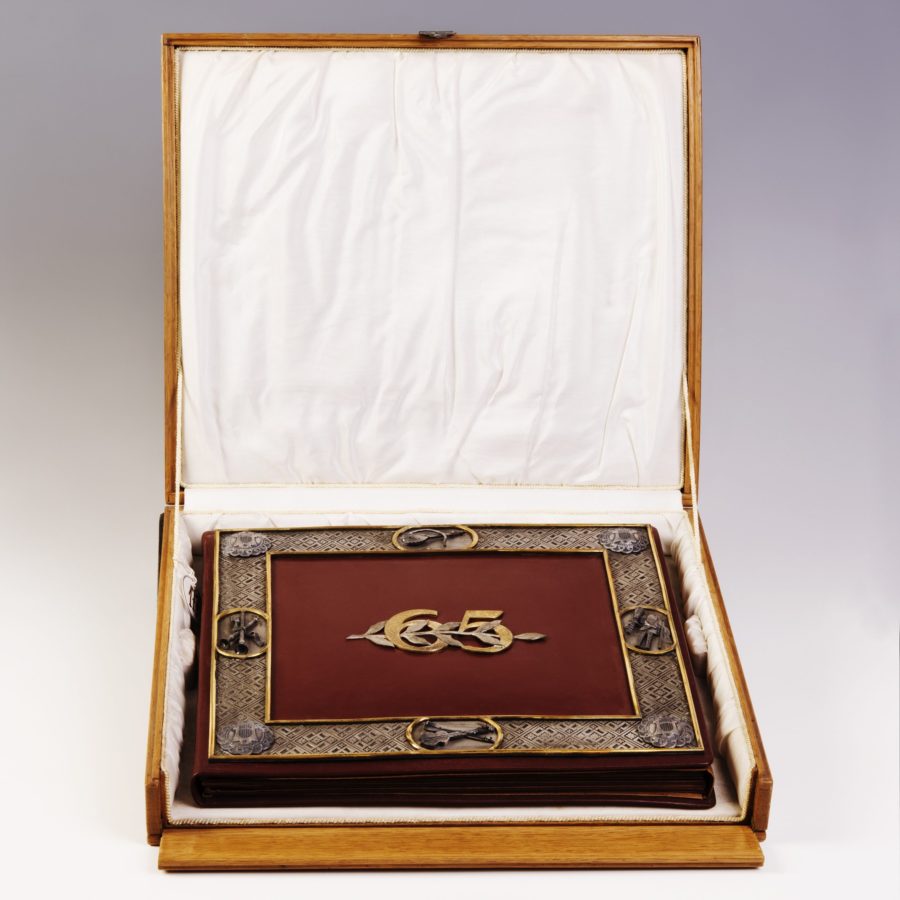 “Jugoton” was the first, and later the biggest, record label in socialist Yugoslavia. It was founded in 1947 in Zagreb, relying on the equipment of a nationalized company that operated in the 1930s and until 1945 under the name of “Elektroton”. Ten years after its founding, the collective, in accordance with its activity, prepared a gift for Josip Broz Tito on the occasion of his 65th birthday – four gramophone records in a richly decorated leather album and a wooden box.

The records contain the selection of appropriate recordings from the “Jugoton”’s production, making this gift one of the many where companies presented their own work and achievements in the form of a greeting.