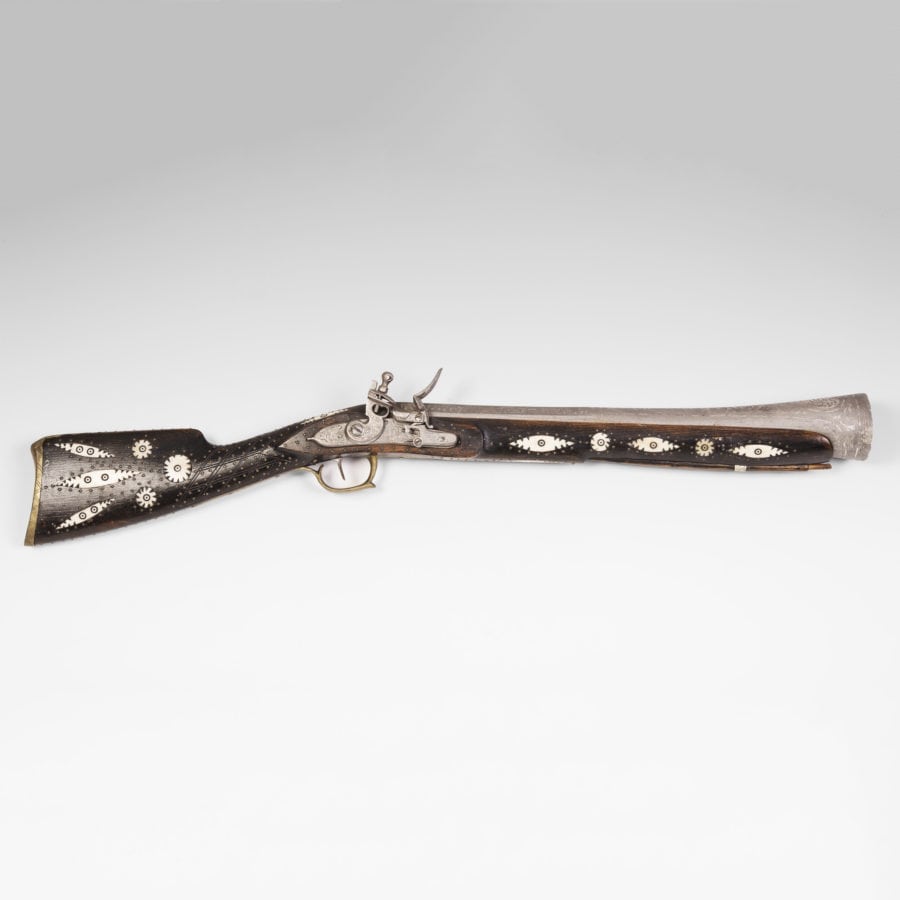 The rifle was a gift from the Government of the Republic of Iraq to the President J. B. Tito, February 5, 1979

A flintlock blunderbuss comes from Tunisia, dating from the fourth decade of the XIX century. It is characterized by a pronounced opening at the top of the tube or ‘mouth’ where it extends like a trumpet. These rifles were throwing the bullet in width, but they had a small range, which was why they were foremost used by cavalry to shoot in close proximity and in the assault.

Personal documents of the executed in Kragujevac