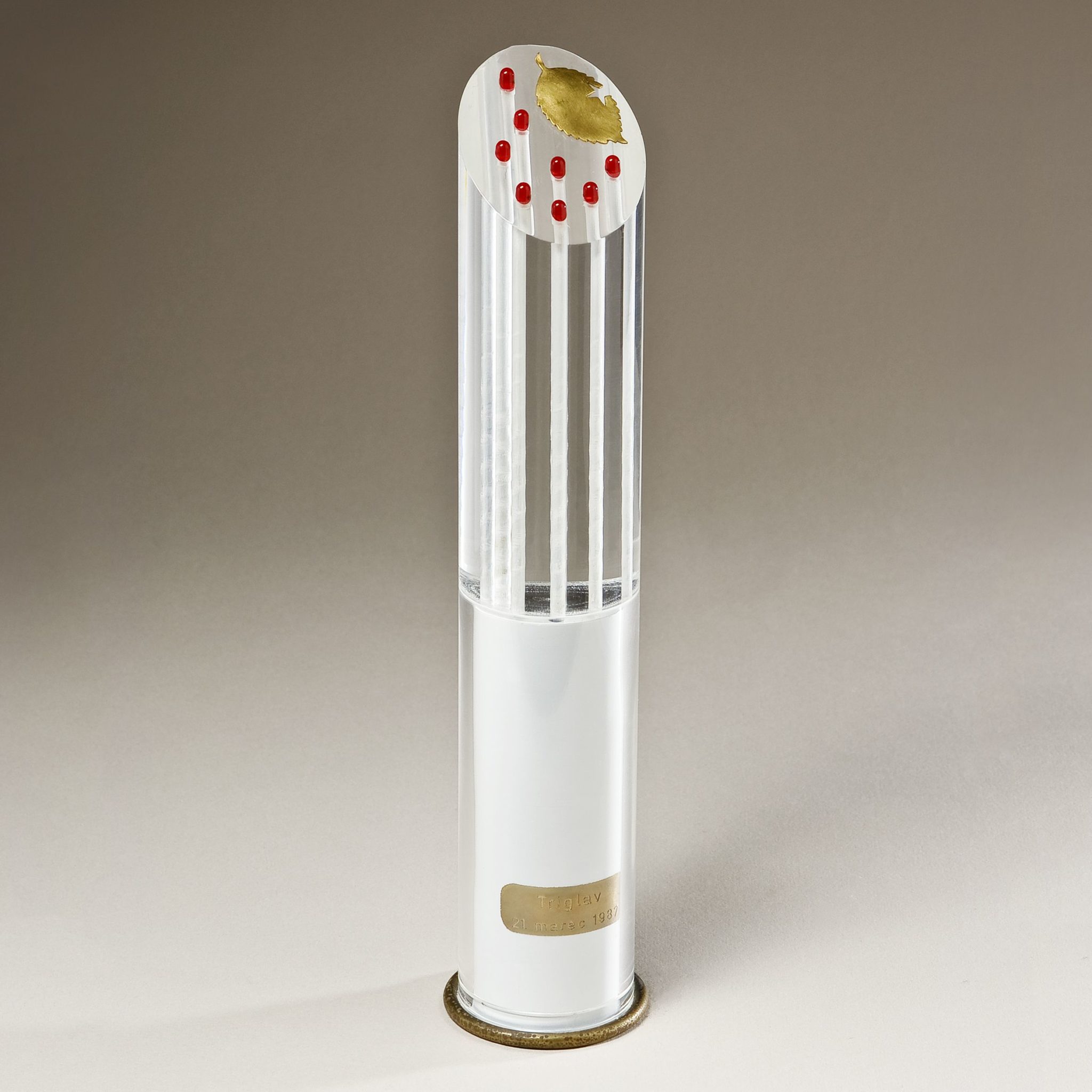 The last Relay of Youth dates from 1987 and it is associated with a story that has somewhat hinted at future events, which is why it is of particular interest. That year the design of the relay baton and the conceptual design of the poster for the Day of Youth was left to design studio New collectivism from Ljubljana. The baton was already building-like on four pillars and it was impossible to carry it, suggesting a different approach of the members of New collectivism to the whole event, but the scandal arose when it was revealed that the poster was actually a slightly modified version of the Nazi poster from the 1930s.

For the celebration of the Day of Youth in 1987, a new relay baton was created in a way that satisfied all the standards of the event. Nevertheless, in its appearance (eight red drops of blood), many recognize the hints of events that will follow in this area in the 1990s.