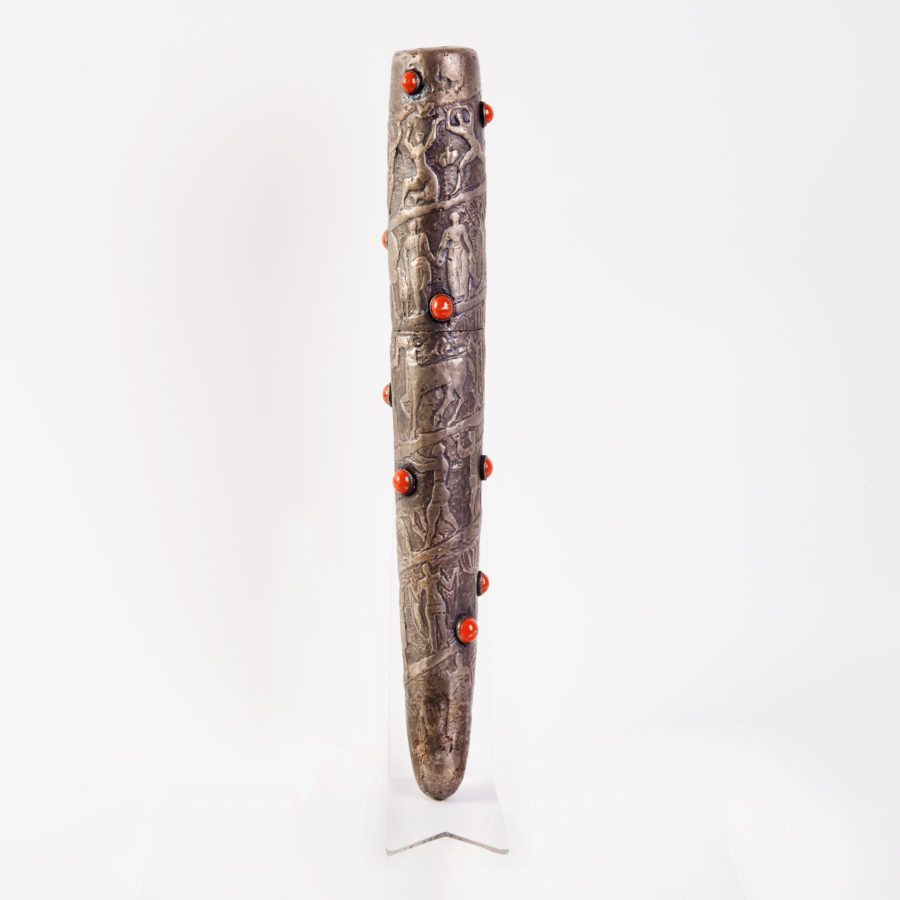 Tito’s Relay Race became the Relay of Youth in 1957, and Tito’s birthday, May 25, was declared the Day of Youth. This new holiday was celebrated at JNA stadium and it included mass games in the form of mass performances, and ceremonial deliver of the baton to Tito. Instead of several major relay batons, Tito now received only one, federal baton, made by Yugoslav artists from this period, and it became a symbol of all other local relay batons.

The first Relay of Youth started from Kumrovec, Tito’s birthplace. On the route of 3,500 kilometers, it passed through all the republics, many towns and cities where it was solemnly received with a specially organized program. The honor to hand over the first Relay of Youth to Josip Broz Tito at the JNA stadium went to Mika Tripal, the graduate of law and the President of the CK of the National Youth of Yugoslavia, while the baton was made by the sculptor Vladeta Petrić and the graphic artist Boško Karanović.

Graphic print of the first stamp in the new Yugoslavia