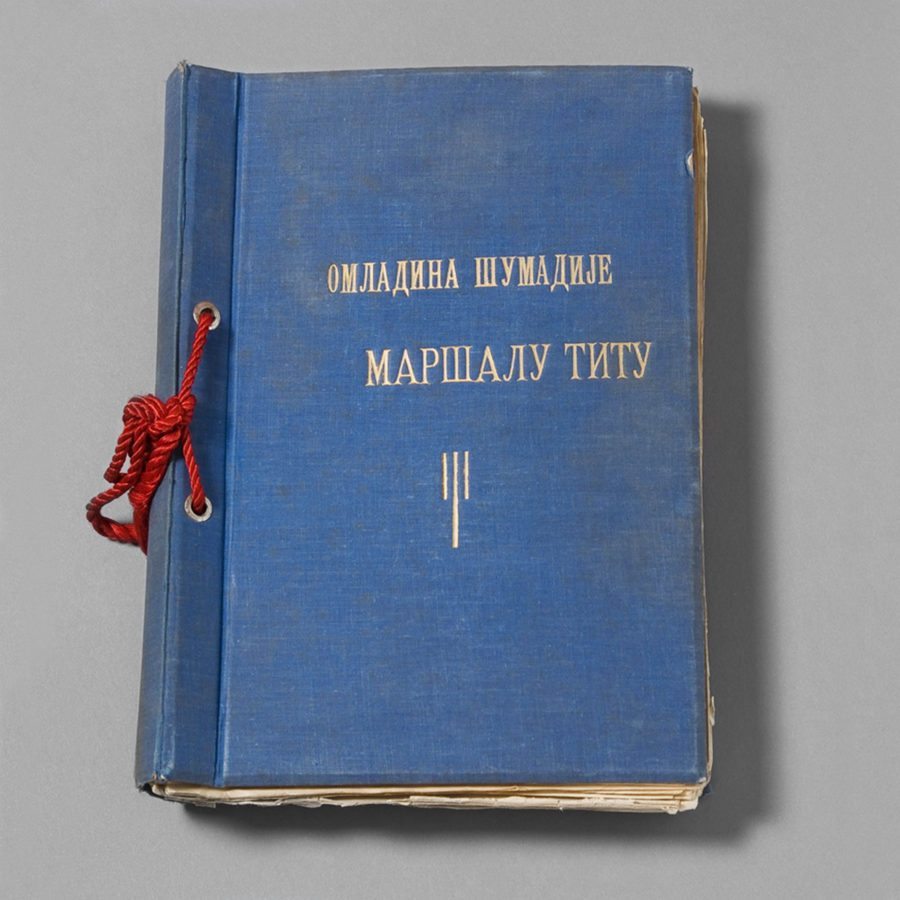 Tito’s relay race was organized for the first time in 1945. This way of marking Tito’s birthday was initiated by Josif Prohaska, a teacher physical education at the Kragujevac Gymnasium and a former member of the Falcon Association.

The original relay baton of the youth of Kragujevac was made by the employees of the Military Technical Institute (later the Red Flag Bureau), but the modest cylindrical metal rod did not represent a satisfactory solution, and the youth of Kragujevac chose instead a relay in the form of a book. The goal was to collect the signatures of “all active youth” of all places in Šumadija, and just in a few days, about 15000 signatures were written on papers and incorporated in a book that would, together with other relay batons, be presented as a birthday gift to Tito. It was impossible to comply the youth’s wish to bind the sheets with signatures into red covers, since there was no red canvas in this period, so the book was bound in blue covers and therefore named The Blue Book.