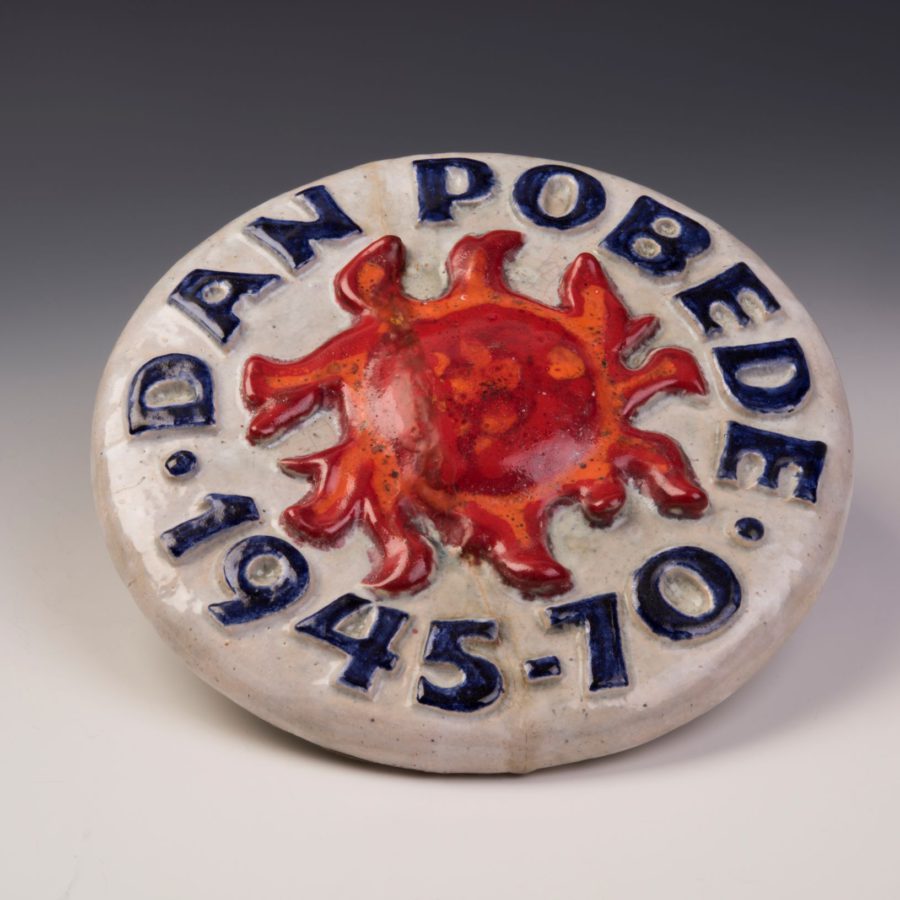 The ceramic plaque “Victory Day 1945-1970” was presented to Josip Broz Tito by the participants in the jubilee parade on the occasion of the 25th anniversary of the victory over fascism.

As a type of memorial plaque, it has a commemorative function – it serves to mark important historical events or it is awarded for various achievements. In addition to this, the plaque has both artistic and decorative purposes.

In the museum documentation of the object, it is noted that the author of the conceptual design was Petar Lubarda, while it was artistically designed by the reserve lieutenant Bora Stanojčić and the soldier Dragoljub Adžić.
Lubarda’s authorship is most often emphasized, since he was one of the most important Yugoslav painters, while the work of two members of the Yugoslav People’s Army (JNA) is put in the background.

Dragoljub Adžić, today a prominent sculptor and master of ceramics, participated in the making of the plaque during his military service. He realized Lubarda’s conceptual solution in his student studio at the Academy of Applied Arts.

Not much is known about the career of Bora Stanojčić, an academic painter, except that it was related to the JNA – he illustrated the first aid manual for medical classes in 1963.

Fragments of the lunar soil