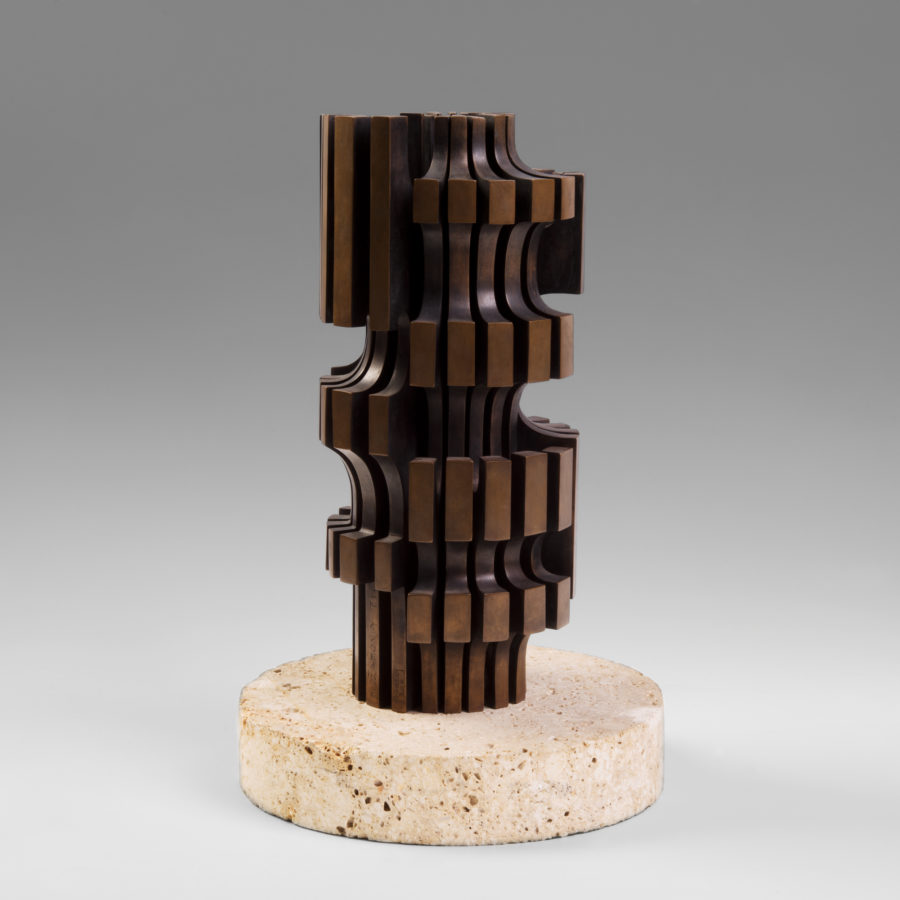 At the unveiling of the Monument to the Revolution, in Kozara in 1972, the Organizing Committee of the Jubilee of Kozara Epopee donated this model to Josip Broz Tito.

The monument is located within the Memorial Complex Kozara on Mrakovica, one of the peaks of the mountain Kozara in the northwest part of Bosnia. In addition to the monument, the Complex is consisted of the Memorial Wall with 9 922 names of fallen soldiers as well as of the museum with its exhibition Kozara in the National Liberation Struggle. With its cylindrical shape, imposing height of 34 meters, built of concrete and steel, and surrounding of the green dense forests, the monument suggests the rhetoric of power, struggle and victory. It is possible to enter to the monument through the narrow openings, after which a visitor finds himself in a dark and cramped space gazing outward, with the idea that they should feel all the anguish of struggle and suffering of combatants and civilians, during the Second World War on Kozara, to whom the monument is dedicated.

In a socialist culture of remembrance, Kozara has been lauded as the most famous epopee in the history of the Yugoslavs, because it was the first battle in which unarmed people participated, besieged by German troops and Ustasha, in the summer of 1942.

Monument to the Revolution in Mrakovica belongs to the group of monuments built in the spirit of socialist modernism, arising from the early 1960s to the early 1980s, in the so-called second phase of the erection of the monument, where the main Yugoslav memorials that mark the “martyrs” and “victims of fascism” get abstract, modernist forms, very indicative even today.