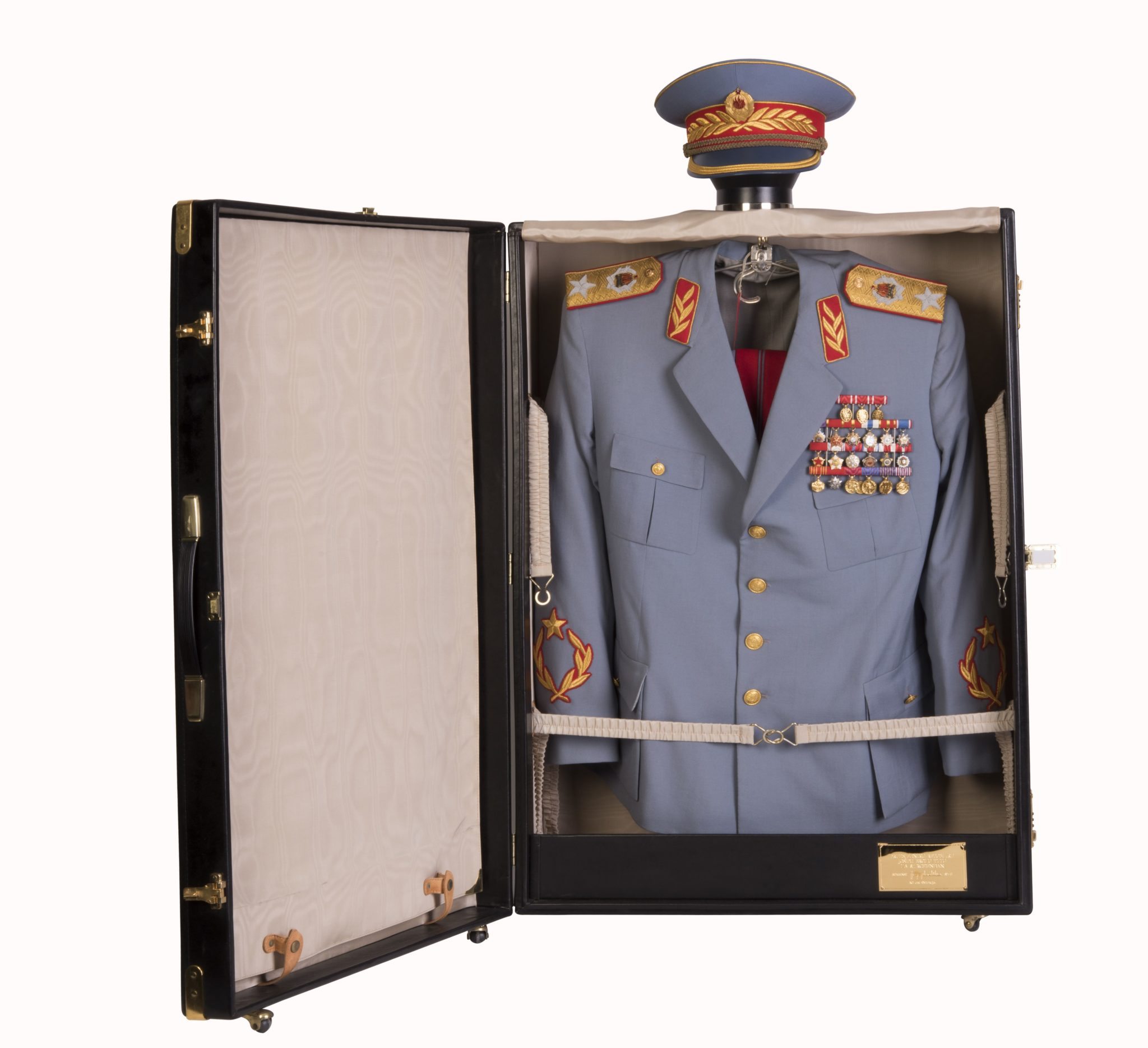 Obsession with uniforms stayed with Josip Broz Tito until the end of his life, which is best
illustrated by the content of his wardrobe. There were more than 70 Marshall uniforms, along
with a large number of army coats, jackets, hats, belts, epaulets and other details, as well as
dozens of meters of fabrics made exclusively for him, since Tito was the only one in Yugoslavia
with the title of Marshall, assigned to him during the Second session of AVNOJ in Jajce, on
November 29, 1943.