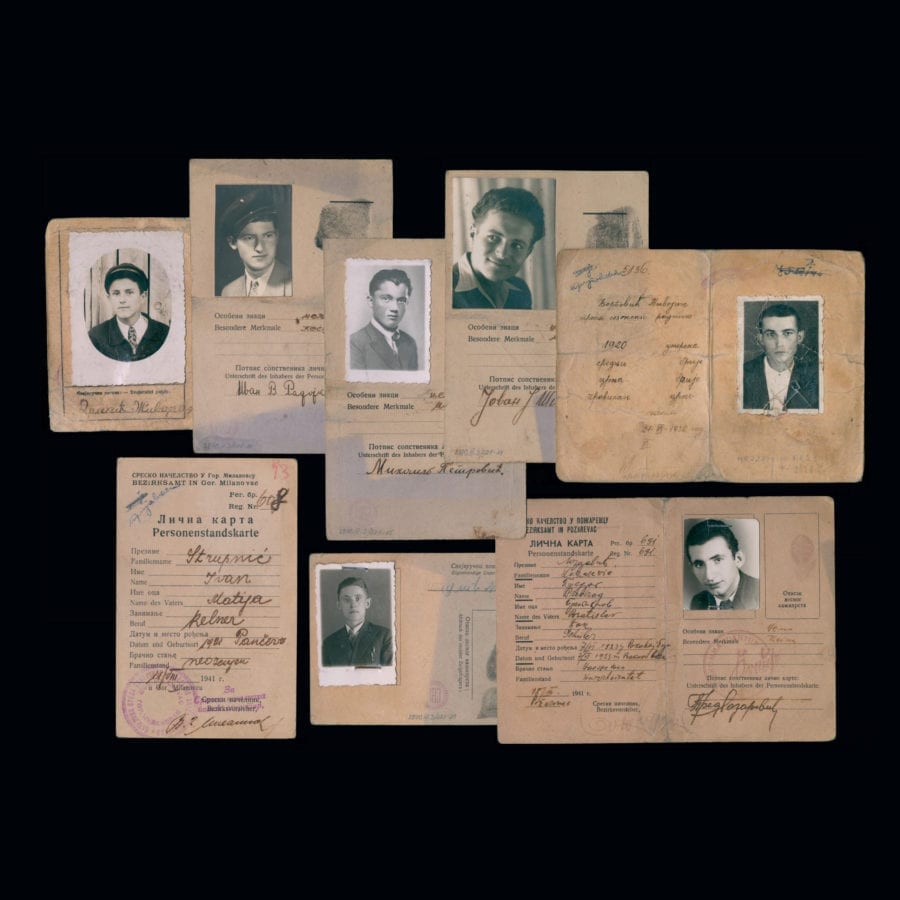 Personal documents of the executed in Kragujevac

In the collection of the Museum of Yugoslavia there are twenty personal documents of the people executed in Kragujevac, seized from the hostages during the mass shooting in 1941 by the Nazis.

On  October 10, 1941, with an intention to intimidate the population and punish it for the uprising against the German forces, General Franz Boehme issued an order to shoot fifty hostages for one wounded German soldier and one hundred hostages for every killed German soldier. Mass shootings started as soon as October 13, in the village of Draginac, where nearly 3,000 people were executed. On October 14-15, 1736 men and 19 women were executed in Kraljevo. In Kragujevac, arrests began on October 18, first among the Jews and communists, then municipal officials and workers. Then the raids began. The Nazis arrested peasants, artisans, merchants, priests and the people gathered in churches; during classes German took pupils and their teachers from the Gymnasium. They were executed on October 20 and 21 in Šumarice. It has long been said that more than 7,000 people were killed on that occasion, although the Germans mentioned figure of 2300. So far, it has been determined that 2,796 people were killed. Among the killed were 23 children and 217 minors over the age of 15. There were 60 high school students among them.