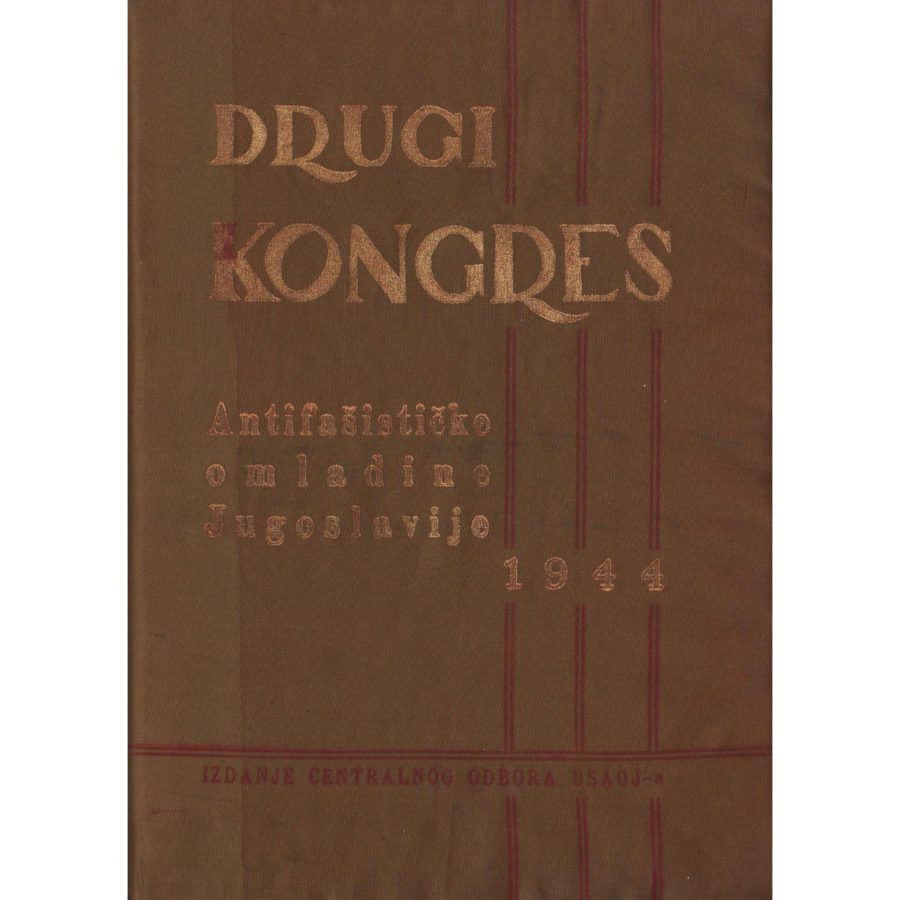 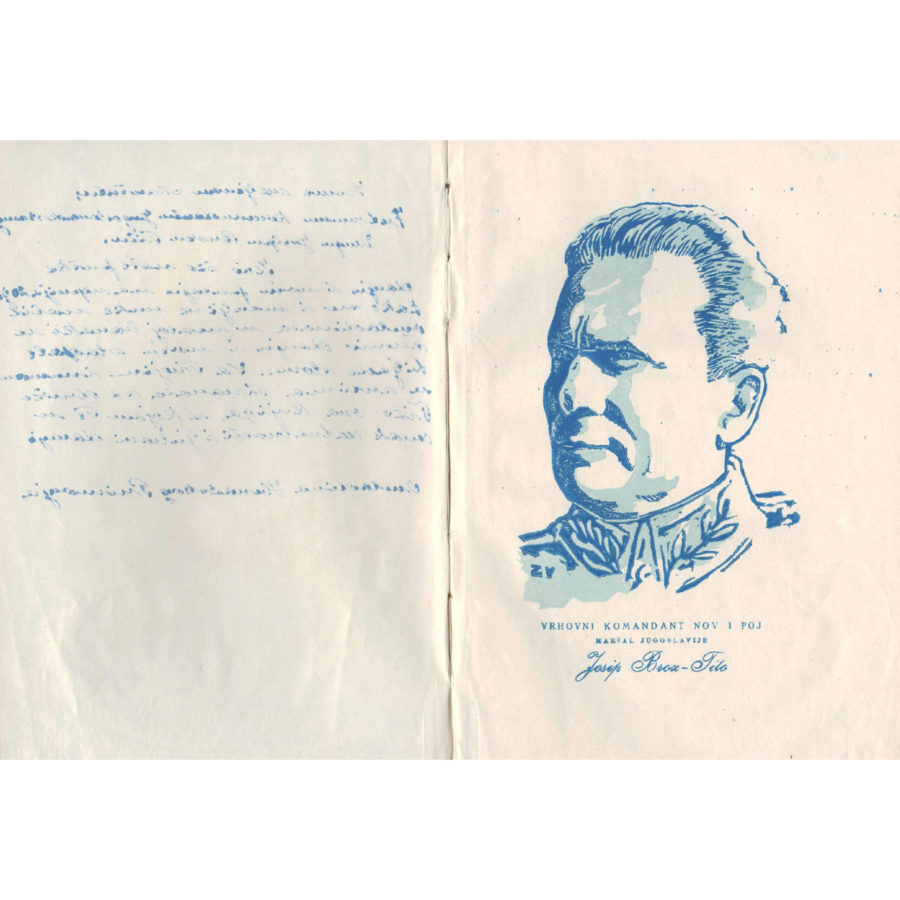 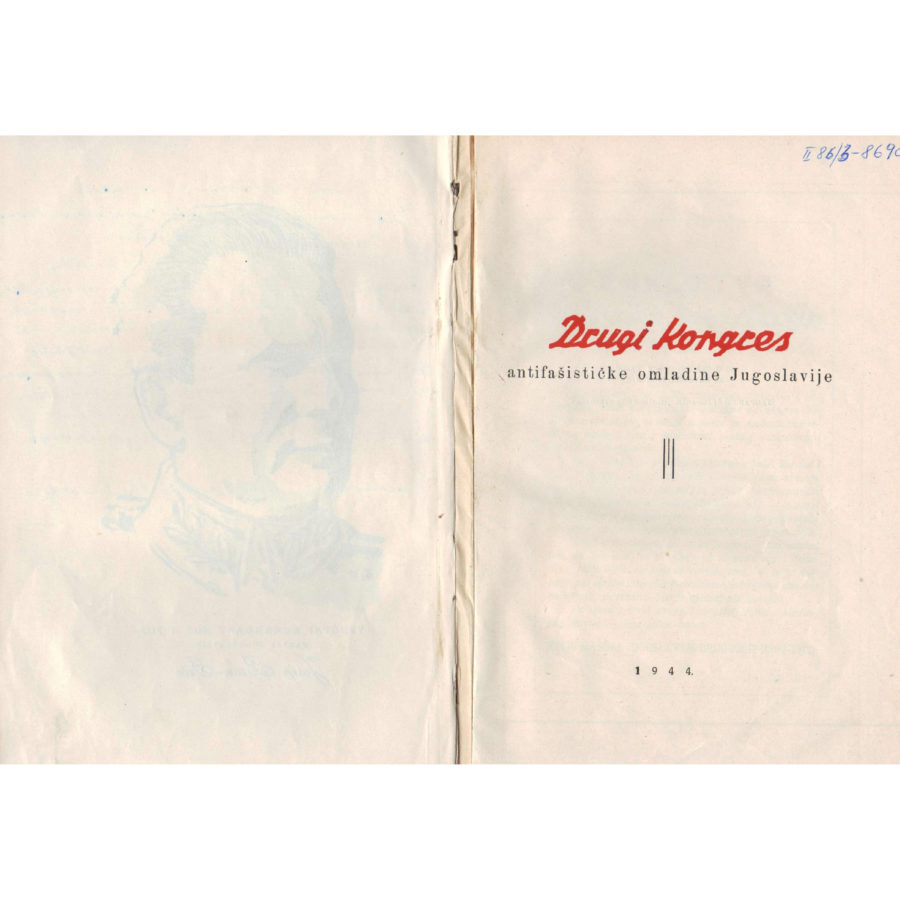 The book: Second Congress of the Antifascist Youth of Yugoslavia 1944

In preparation for the final battles against the Germans, the partisan printing office “Primorski vjesnik” was formed in the spring of 1944, for the needs of the People’s Liberation Movement in the Croatian Littoral. The printing office was located in a forest, at an altitude of 1100 m, in the liberated part of the Stipečevi Laži area, above the village of Bribir. The young worked day and night printing leaflets, proclamations, papers, brochures, until the end of April 1945, without the enemy discovering them. The book is the first and only copy from this printing office, with a dedication of the youth of the Croatian Littoral and a drawing of the figure of Josip Broz in linocut, blue, with the initials of the artist Zdenko Venturini.

On May 2, 1944, 816 elected delegates (582 boys and 234 girls) arrived on foot, with effort and struggle, from the liberated and unliberated territories of all parts of Yugoslavia, to the Second Congress of the Anti-Fascist Youth of Yugoslavia in liberated Drvar. The Supreme Commander, Josip Broz Tito, paid tribute to the youth for their heroism shown in the fight against the enemy and sent a proclamation to the youth of Yugoslavia and other countries to unite against fascism until the final victory and freedom.