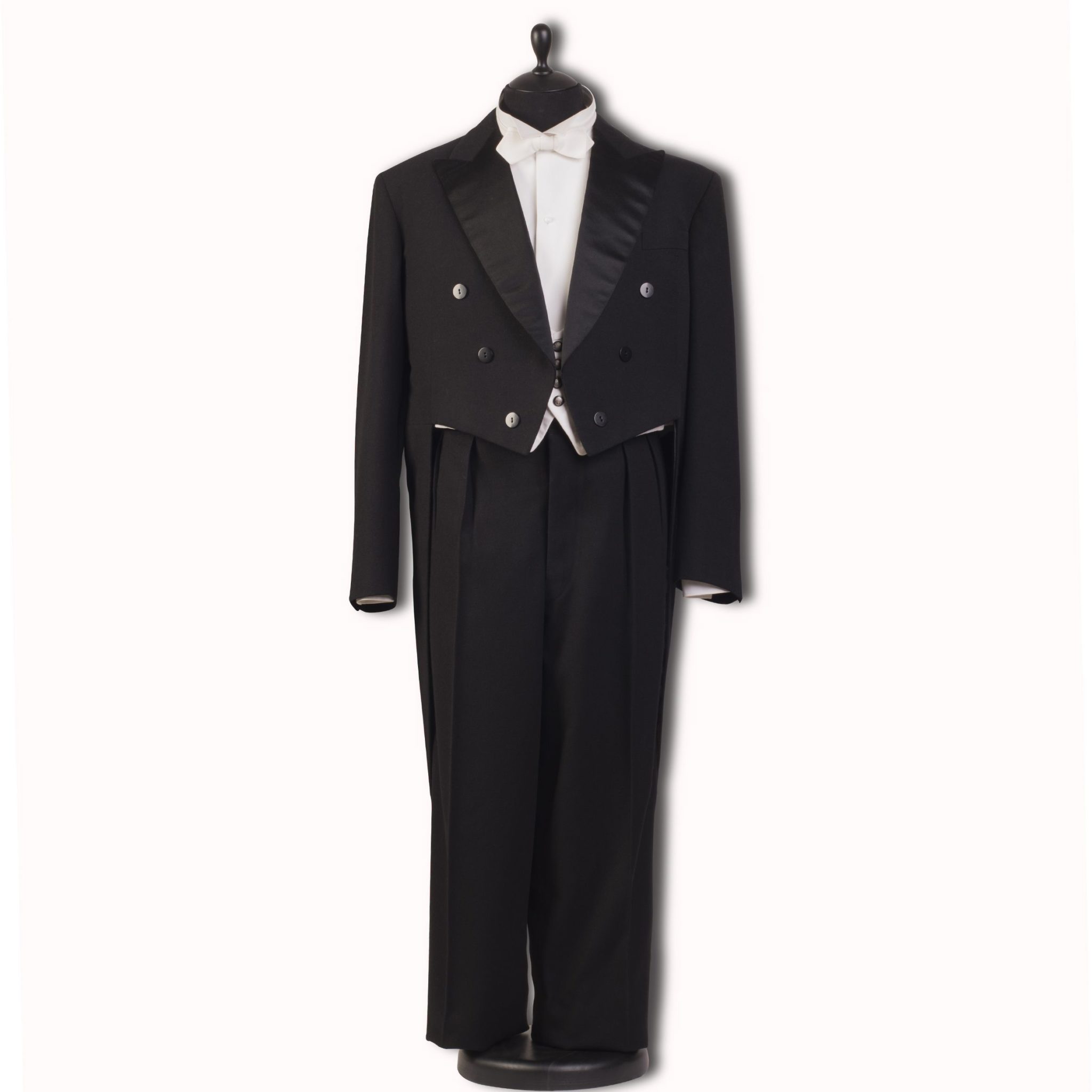 While immediately after the war Tito usually appeared in his uniform, due to numerous diplomatic meetings, especially after 1948, a new style had to be created, which would distinguish him from the “boring gray and stocky physical appearance of communist leaders.”

The Collection of Personal Items of Josip Broz contains only one tailcoat: handmade, of fine woolen material, with silk details and a satin stripe. He wore it during the reception with Queen Elizabeth II, Emperor Haile Selassie, Shah Reza Pahlavi, Pope Paul VI, and in other circumstances that required this type of formality.