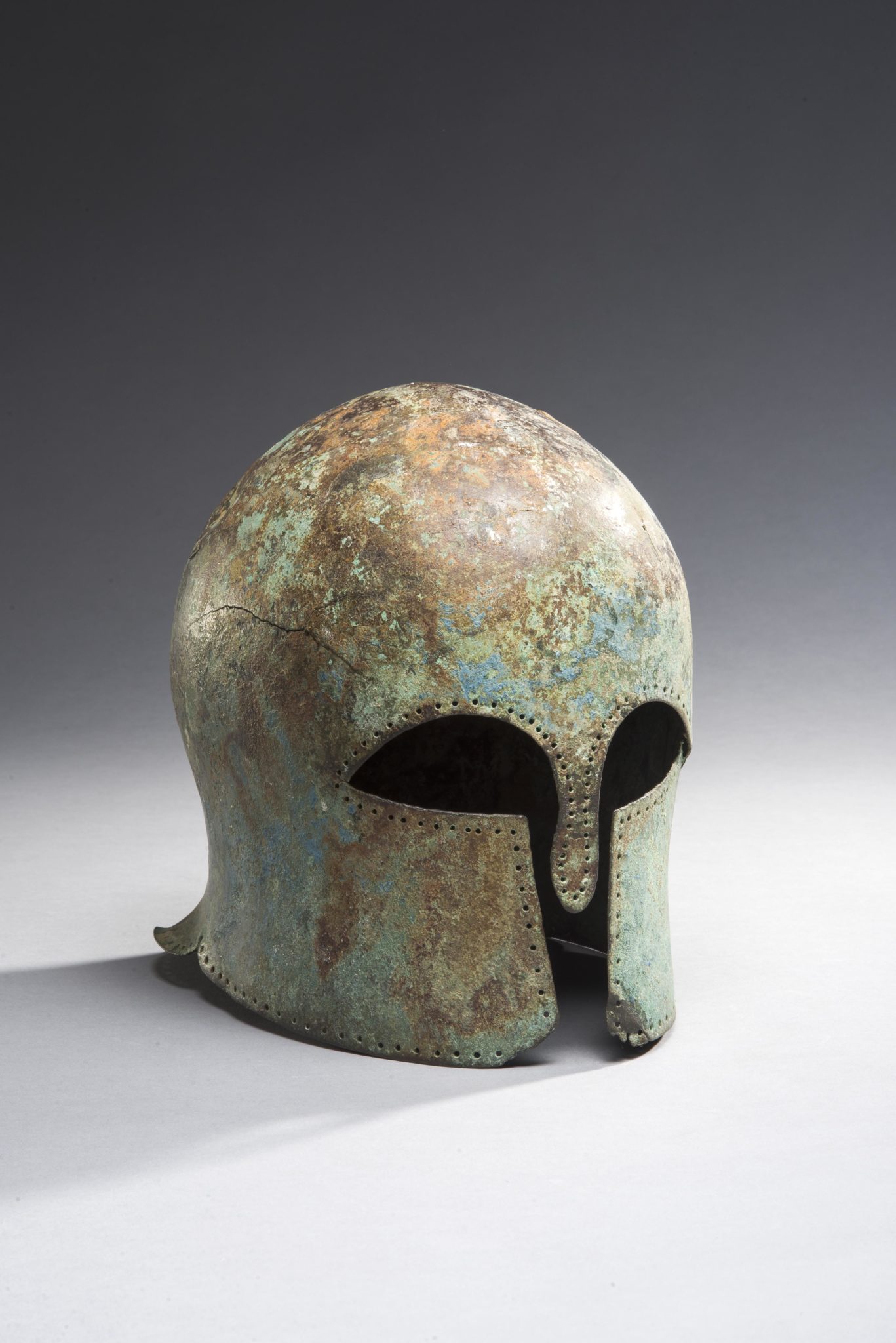 The first archaeological object that Josip Broz Tito received as a gift seemed to anticipate his political rise with its symbolic.

In Athens on June 2, 1954, King Paul of the Hellenes, coming from a country with rich classical literature where helmets were symbols of power and invulnerability, gave to Tito an antique Corinthian helmet, from the end of the 7th – beginning of 6th century BC. It is an enigma why the bronze helmet, though cast in full warrior form, was made in reduced size, and therefore rendered practically useless.

Graphic print of the first stamp in the new Yugoslavia