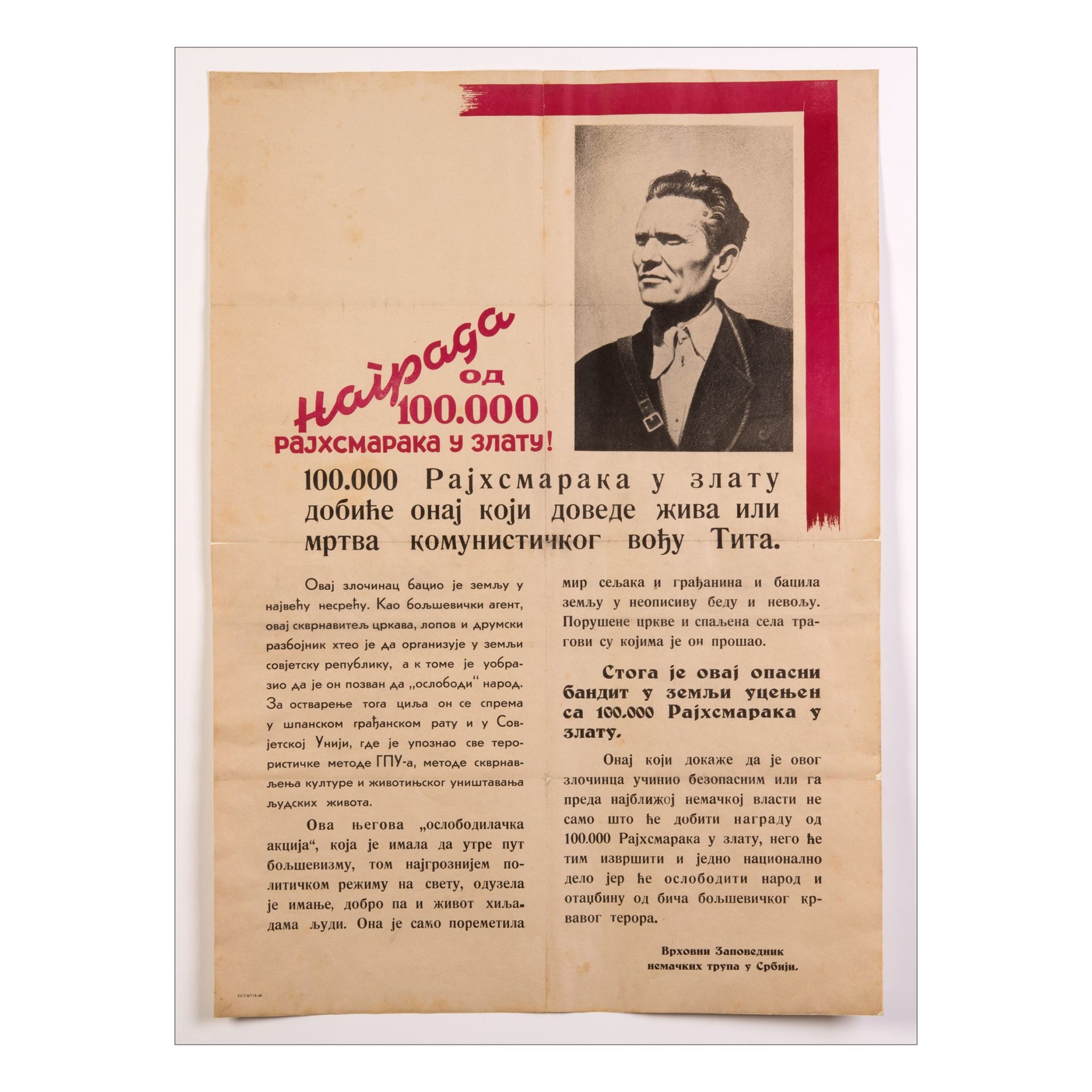 Back in 1961, from the archives of the Central Committee a warrant for a “Communist leader Tito” was acquired by the curators who handled it within the main collection. Ten years later (1974), a warrant for “a gang leader Draža Mihailović” was accessioned from the Institute of Military History, finding its museological place in the auxiliary collection. Both warrants were made in the same printing company in July 1943.

Museological processing of the two warrants, however, raises questions of museum, as well as any other cultural valorization and interpretation. At a time when the Museum of the Revolution of Yugoslav Nations and Ethnic Minorities was established, in order to deal with the history of the working class and the Communist Party, there was no dilemma regarding the roles of either Josip Broz Tito or Draža Mihailović during the Second World War. Classifying the warrant for Tito into the main collection, on the one hand could refer to the need for more frequent exhibitions of materials and different evaluation of the object identified within the anti-fascist values of the Yugoslav post-war society. On the other hand, maybe it was censorship of a curator who had a desire to avoid any inconvenience, perhaps even a personal attitude.